If you can’t recall a single African warrior you learned about in school, it doesn’t mean you were a terrible student of history. It means your school, like most schools in the U.S., probably failed to teach you about any African warriors.

We are here to introduce you to 13 African warriors you’ve probably never heard of. 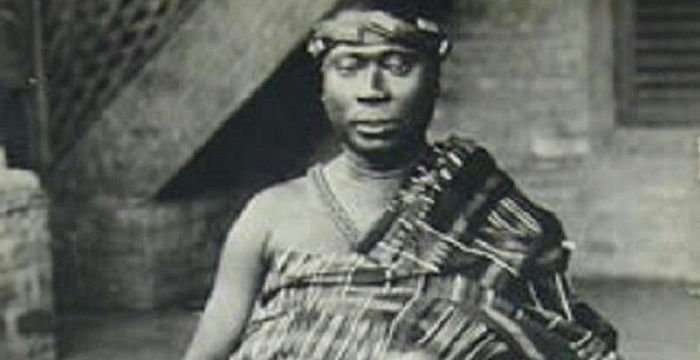 Yaa Asantewaa was a Ghanaian brave warrior queen born circa 1840 into the Ashanti Kingdom. She managed to form and lead an army that fought against the British invasion. The area where she ruled was under attack from the British and Kind Prempeh was exiled to Seychelles.

For the Ashanti people, the Golden Stool is at the very heart of their existence. However, not knowing this fact, British Governor Frederick Hodgson made a huge mistake: he demanded to sit on the Golden Stool as well as to own it.

This really enraged the Ashanti people. Under the control of Yaa Asantewaa, they took on the British.  She was also exiled in Seychelles, where she lived until her death.

Born in 1820, Almamy Suluku was a smart, powerful Limba ruler who managed to maintain his independence for a long, long time. When he became war captain, he made his Kingdom, Biriwa, one of Sierra Leone’s largest. The kingdom became prosperous and rich, as Almamy Suluku fostered trade in gold, foodstuffs, ivory, and hides. He is still renowned as one of Africa’s most powerful warriors. This was a Fon women-only military regiment in the Kingdom of Dahomey, which is nowadays’ Republic of Benin.

The Dahomey Amazons, also known as Mino, translates as ‘our mothers’. These women were very well trained to become ferocious fighters and they had the reputation of decapitating soldiers right in the middle of battles. Moreover, they were serving as torturers to those who didn’t become their captives.

In 1851, Seh-Dong-Hong-Beh, one of this regiment’s most famous leaders, led an army of approximately 6,000 women against the Abeokuta’s Egba fortress. Despite the fact that the Dahomey Amazons fought with swords, spears, and bows, only about 1,200 of them survived this battle, because of Egba’s deadly European cannons.

In 1890, they battled the French forces along with the King’s male soldiers in the First Franco-Dahomean War. During this war, the French army lost multiple battles to these skilled women warriors, as they weren’t prepared for the females’ agility and ruthlessness. Kwame Nkrumah was Ghana’s very first Prime Minister and later became the country’s president. He was a revolutionary that led Ghana to independence from Britain in 1957.

Nkrumah was a Pan-Africanist and anti-colonialist who trained and prepared to be a teacher. He also founded the Convention People’s Party (CPP). He was sentenced and jailed but freed when his party (CPP) won the elections in 1951. Kwame was a firm believer in the Africans’ liberation.

In 1964, he formed a one-party state and became Ghana’s president.

During her reign, more specifically in 24 BC, Augustus, the renowned Roman Emperor, attached Amanirena’s people. Along with her son, Akinidad, she conducted an army of approximately 30,000 soldiers and defeated the Romans in Aswan, Egypt. Additionally, they knocked down Caesar’s statues in Elephantine.

Although the Romans tried to fight back, they were held back by Amanirenas’s and her troops’ powerful resistance. After about 3 years of violent fights, the parties decided to negotiate a peace treaty. Besides other agreements, the Romans finally agreed to return their soldiers and give back the land that they’ve taken. Amanirenas remains famous for her devoted combat and for fighting together with her soldiers.

Kidnapped as a child from the Yoruba tribe, Carlota Lucumí was brought to Cuba in chains. Once she arrived, she was forced into slavery in Matanzas.

In 1843, together with Fermina, another woman, Carlota led an organized rebellion at Triunvirato, the sugar plantation where they were enslaved. Once their rebellion plans were discovered, Fermina was locked up.

During this time, Carlota Lucumí and her fellow warriors managed to secretly communicate and freed a lot of slaves, including Fermina. Afterward, they organized an armed uprising against approximately 5 brutal slave plantation operations located in the area. Her battle lasted for about one year (Year of the Lash, 1843-1844) before the Spanish landowners caught, captured, tortured, and executed Carlota.

7. Nzinga of Ndongo and Matamba She was a powerful and smart ruler of the Ndongo and Matamba Kingdoms (nowaday’s Angola) of the Mbundu people in the 17th century. Nzinga of Ndongo and Matamba wisely and fearlessly fought against the Portuguese for her Kingdoms’ freedom.

She built her army by offering sanctuary to runaway slaves and Portuguese-trained African soldiers. Nzinga of Ndongo and Matamba stirred up quite a rebellion among those who were still in Ndongo and formed an alliance with the Dutch against the Portuguese.

Nzinga then started working on developing Matamba as a trading power as well as a gateway to Central Africa’s interior. She transformed Matamba into a powerful kingdom that, throughout the time, resisted several Portuguese colonization attempts. Behanzin Hossu Bowelle was the bravest and most powerful West African King who ruled during the 19th century’s last years. He was famous for nodding his head whenever he meant life or death of his subjects. One of his greatest victories was out-powering the 1890 French expedition and making them pay for using the port of Cotonou.

Ezana of Aksum led the Kingdom of Aksum, located in today’s Northern Ethiopia and Eritrea. He started ruling as a child, succeeding Ella Amida (his father) and he was the very first leader who embraced Christianity. King Ezana established numerous military campaigns and erected multiple structures and obelisks.

Steve Bantu Biko was one of the South African Students Organization’s founders and a major African leaders against Apartheid. Biko was elected as SASO’s first president. The organization’s main goal was calling all black students to take part in South Africa’s restoration to its rightful owners. He is also credited as having developed the ideas of the Black Consciousness Movement.

Biko was banned from his hometown and arrested in 1977 for breaking his ban. He was beaten extensively during interrogation and died at only 30 years of age due to his injuries. Cetshwayo Kampande was a true hero. He fought in a war against the British, causing the greatest defeat which the English had never experienced from other opposing African leaders. The Zulu King defeated the British when they invaded Zululand and killed the heir to French throne by the name of Prince Napoleon. Bai Bureh was a Sierra Leonean leader and military strategist that lead the Temne and Loko uprising against British rule in 1898 in Northern Sierra Leone.

When British Colonials instituted a HUT Tax in Sierra Leone which required the Africans to pay taxes in the form of money, grain, stock, or labor. Bai Bureh refused to abide by the new rule and had a warrant out for his arrest.

In 1898, Bureh declared war on the British in Sierra Leone. Bai and his troops fought vigorously for months and had the upper hand on several occasions, killing hundreds of British troops. After holding up the British troops for months, Bai Bureh surrendered and was exiled to modern day Ghana. He was later brought back to Sierra Leon and instituted as the Chief of Kasseh.

One of the most famous and enfoumous military leaders of all time, Hannibal of Carthage lived from 247BC to 183BC.

Yes, much has been said about Hannibal’s legacy, but even more should be said.

Hannibal’s great military adventures had his troops taking on the Roman Empire and crossing the Pyrenees and the Alps with elephants. Legend has it, all Roman families lost at least 1 family member to Hannibal armies during the first great war of the world.

These are just few of the most influential African warriors in the history of Afria. Let us know your personal favorites below!